Beach Clean-Up Signals Start of a Community Tradition of Excellence

St. John’s, Antigua; Monday 29th February, 2016 – Prime Minister Gaston Browne, Max Fernandez Minister of Foreign Affairs and International Trade , Senator Colin James, and Ambassador Casroy James, were among the people who turned out on Saturday morning for the first of what will be a continuing effort to maintain the pristine beauty of Morris Bay.

In remarks at the conclusion of the clean-up activity, Prime Minister Gaston Browne congratulated the entire development team of Callaloo Cay saying “this shows very clearly that the developers of this site at Morris Bay are socially responsible developers.“ He added, “Not only are they seeking to construct a beautiful five star resort, but they are also ensuring that they keep the community here and the environment here very pristine. “ The Prime Minister commented on the abuse that the beach had received over the years from residents and citizens who leave their refuse on the beach after use. He said he was happy that “they have started what will be a new tradition of keeping Morris Bay Clean. “

For his part, Dawood Shah, Vice President of Business Development for Al Caribi Antigua Ltd. said it was not about “cleaning up on one day, but what will be done going forward.“ Describing the morning’s activity as “the start of something very special“, Shah gave special thanks to all the volunteers who turned out.   He added, “the maintenance of Morris Bays beauty will serve not only as a showpiece for Old Road, but also as an example for other beaches on Antigua. “

Senator Colin James was responsible for mobilising participation from members of the community. In his vote of thanks, a number of individuals who contributed to the clean-up effort, and others who continue to support the development work in Old Road were recognised. Among them; Jamilla Kirwan and Erica Lake – representatives from the CIU, Jerry Paige, Euston Teega Peters – contractor for the Old Road Sports Complex, members of the Callaloo Cay Young Lions Football Club and community worker May Olga Browne. Alex Fredrick of Environmental Garbage Collection also provided his services pro-bono for the effort.

While efforts of this nature are usually one day affairs, Al Caribi Vice President of Business Development Dawood Shah says the intention is to preserve the environment and its beauty on a continuing basis, so that both residents and visitors feel inspired to use the beach regularly, and in a conscientious and environmentally friendly manner. In the short term, garbage bins will be placed along the beach and other aesthetic improvements will be added. The company has already begun discussions with individuals in the Old Road area, and local private firms about providing monthly maintenance at Morris Bay.

Callaloo Cay is the culmination of an unrivalled collaboration between the Government of Antigua & Barbuda and world-renowned developers with a wealth of international experience and an impressive portfolio of luxury projects.

Amongst the international team of experts are global leaders in architectural design, OBMI along with leading tax, audit and financial advisory professionals KPMG. Spearheaded by first class specialists, designers and operator, the development assures a sound investment. 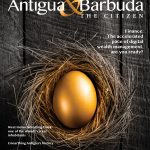 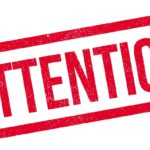 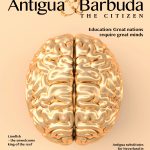