St. John’s, Antigua; Tuesday, July 4, 2017: Financial Controller (FC) of the Citizenship by Investment Unit (CIU), Casford King, is clarifying the exchange between himself and an Observer Media Group reporter, after the CIU’s press conference on Friday, June 30, which subsequently emerged as Saturday’s headline story, alleging disparities in the CIU’s six-monthly reports.

King, who has been with the Unit since its inception in 2013, said that after the press conference, he was approached by the reporter with two illegible photocopied documents, requesting that he comment on alleged discrepancies within the documents in question.

“As a responsible officer,” King said, “I gave the reporter the confirmation that I would revert with clarity once an opportunity to review had been had,” and reiterated his stance that the CIU was committed to “making sure that the right information was put out there.”

In light of this recent misinformation, the Unit wishes to place on record the facts surrounding the issue.

As there is no restriction placed on the number of persons who can apply for citizenship under a single application, an application can therefore comprise a single individual or a family of two or more.

After application approval and investment contributions, fee payments and final supporting documents have been submitted to the Unit, a Certificate of Registration (COR), is generated for each person. All relevant documents for approved applicants are then submitted to the passport office for processing.

Chief Executive Officer (CEO), Charmaine Quinland-Donovan, during Friday’s press conference, said, “We are here to provide information to the people of Antigua and Barbuda on the Programme. We have been monitoring the discussions in the media, and it is evident that there is a knowledge gap about the CIP and the functioning of the Unit.”

“The press conference,” she says, “is the start of a series of public education engagements aimed at educating the public on matters relating to CIP.” The CEO also continues to stand by the Unit’s rigourous vetting procedures, a process during which she says, “the Unit goes above and beyond the normal global standards.”

King also wishes to reaffirm the Unit’s dedication to the responsible administration of the Programme, which is of vital importance to the economy of Antigua and Barbuda.

“Many have benefitted from the funds generated by the Programme in some way shape or form,” he says.

Some of the agencies he lists as significantly benefitting from the Programme are, the Social Security Scheme, where the Unit aids in the monthly pension payments; IMF Debt Obligations; Tourism Promotion Efforts; The Ministry of Health; Mount St. John’s Medical Centre; Ministry of Social Transformation; National Security; the Ministry of Education; Antigua Public Utilities Authority (APUA); Ministry of Sports, Festivals and Culture and National Solid Waste Management Authority (NSWAMA). 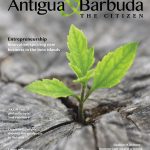 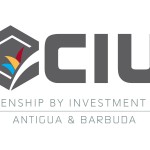 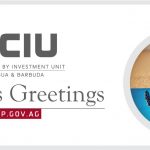