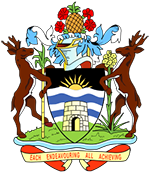 Antigua and Barbuda is an independent Commonwealth state in the Eastern Caribbean. Antigua was first discovered by Christopher Columbus in 1493 and later became a British settlement. Under Lord Nelson, it became Britain’s main naval base from which it patrolled the West Indies. 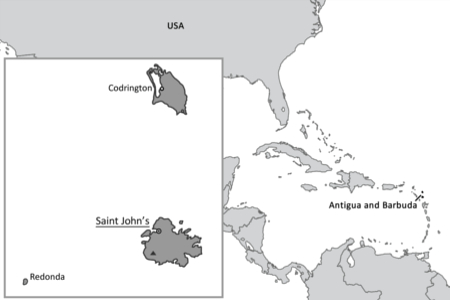 Antigua and Barbuda is a constitutional monarchy with a British style parliamentary system of government. The Queen has her representative, an appointed Governor General, representing the Queen as the Head of State. The Government is composed of two chambers: the elected 17 member House of Representatives, led by the Prime Minister; and the 17 member Senate. 11 of the Senate members are appointed by the Governor General under the guidance of the Prime Minister, four members are appointed under the direction of the Leader of the Opposition and two by the Governor General. General elections are mandated every five years and can be called earlier. The High Court and Court of Appeal are the Eastern Caribbean Supreme Court and the Privy Council in London.

With some 365 beaches of clean clear turquoise waters, the lush tropical islands of Antigua and Barbuda are an inviting paradise and considered to be one of the most beautiful places in the world. As a result, tourism is the key driver of GDP and generates around 60% of the island’s income, with key target markets being the US, Canada and Europe.

Antigua and Barbuda has experienced a challenging economic environment in recent years. However, the Government has been credited with its implementation of the National Economic and Social Transformation Plan and a debt restructuring effort. One of the initiatives to support the island nation’s economy is the introduction of a Citizenship by Investment Programme.

Antigua and Barbuda’s commitment to serving its tourism industry and increasing its GDP is demonstrated with the completion of the airport expansion project. It is worth US$45 million and includes three passenger jet bridges and more than two dozen check-in counters, creating an overall higher efficiency for passenger arrival. It will also allow an increase in scheduled, charter and inter-island flights. There are already direct flights to Antigua from London, New York, Miami and Toronto in place.

Residents of Antigua and Barbuda benefit from no capital gains tax or estate taxes, and no personal income taxes.

The currency is the Eastern Caribbean dollar (EC$), which is pegged to the US$ at 2.70 EC$/US$. Antigua and Barbuda is a member of the United Nations (UN), the British Commonwealth, Caricom and the Organisation of American States (OAS), among many other international organizations. Holders of the Antigua and Barbudan passport enjoy visa free travel to over 150 countries, including the United Kingdom and the countries of the Schengen area. Holders of this passport, like all Caribbean countries, do require a visa to enter the US as they are not a member of the Visa Waiver Programme. 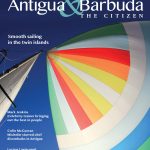 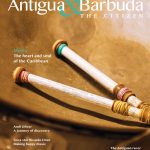 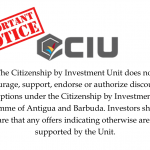